Hart’s account of his professional wrestling career is almost literally blow-by-blow, with detailed descriptions of the choreography of many of his most prominent matches in the former World Wrestling Foundation and the now-defunct World Championship Wrestling.

From Publishers Weekly: Hart’s account of his professional wrestling career is almost literally blow-by-blow, with detailed descriptions of the choreography of many of his most prominent matches in the former World Wrestling Foundation and the now-defunct World Championship Wrestling. (And, yes, he freely admits that the outcomes are determined in advance, while the wrestlers work out the actual moves for themselves.) To hear him tell it, everybody hailed him as the best damn worker in the business, a storyteller with the comparative artistry of a De Niro. But the manipulative schemes of WWF head Vince McMahon (and several of his colleagues) kept Hart from reaching his full potential as a champion until injuries sidelined him for good. The memoir goes deep into Hart’s family history–his father was one of the pioneers of the Canadian pro wrestling circuit, and his brothers and brothers-in-law followed him into the business. Wrestling fans will eat up all the backstage drama, but even those who don’t care for the shows should be impressed by Hart’s meticulous eye for telling detail–the bittersweet story that results is simultaneously a celebration and an exposé. 32 pages of photos. (Oct. 8) Copyright © Reed Business Information, a division of Reed Elsevier Inc. All rights reserved.

Shipping: Add to cart for options Quickview
Brothers Gotta Hug Autographed Full Size Poster
CategoryPOSTERS & PICTURES Tagsbret hart, hart brothers, owen hart
The famous brothers gotta hug picture printed with full color HITMAN winged skull logo, 30" high x 26" wide poster. Autographed by Bret himself! (not a printed autograph) Comes in a protective 3" Poster tube. Add to cart for shipping options. Regular price: $35.99, currently on sale: Add to Cart for shipping options. If you live Non-US/Canada and you are looking to combine a poster with a shirt/hoodie, please email store@brethart.com and we will reply with a much cheaper shipping quote than the automated system provides.
$15.00$35.99
Add to cart 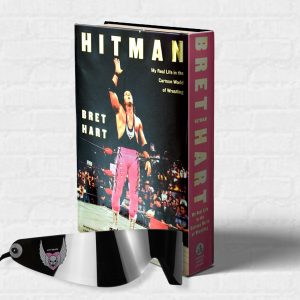 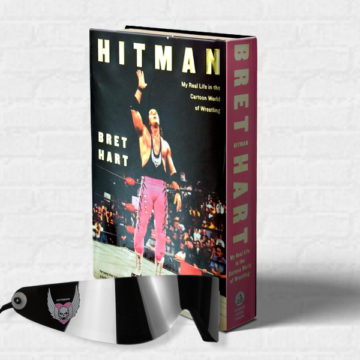 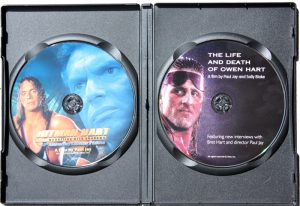 Quickview
Wrestling With Shadows 10th Anniversary Edition and The Life and Death of Owen Hart Autographed
CategoryDVD's Tagsbret hart, owen hart
Disc 1: Hitman Hart: Wrestling With Shadows 10th Anniversary Collector's Edition Bret Hart, five times' champion of the World Wrestling Federation, sits in a hotel room - one day before the most important fight of his life. What Bret doesn't know, is that he will be the target of the biggest double cross in the history of pro wrestling. This is the documentary of the real life battle between Bret Hart and Vince McMahon, owner of the WWF. Disc 2: The Life and Death of Owen Hart Get the Bonus never released DVD! Owen's life tragically ended when he fell from the rafters of a Kansas City arena while doing a dangerous stunt. He was supposed to swing down from the ceiling to the wrestling ring on a wire - but his safety harness unexpectedly opened, and Hart fell 75 feet to his death in front of thousands of horrified fans. Rather
$19.99
Add to cart 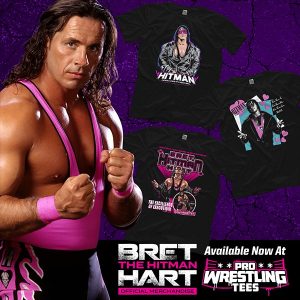