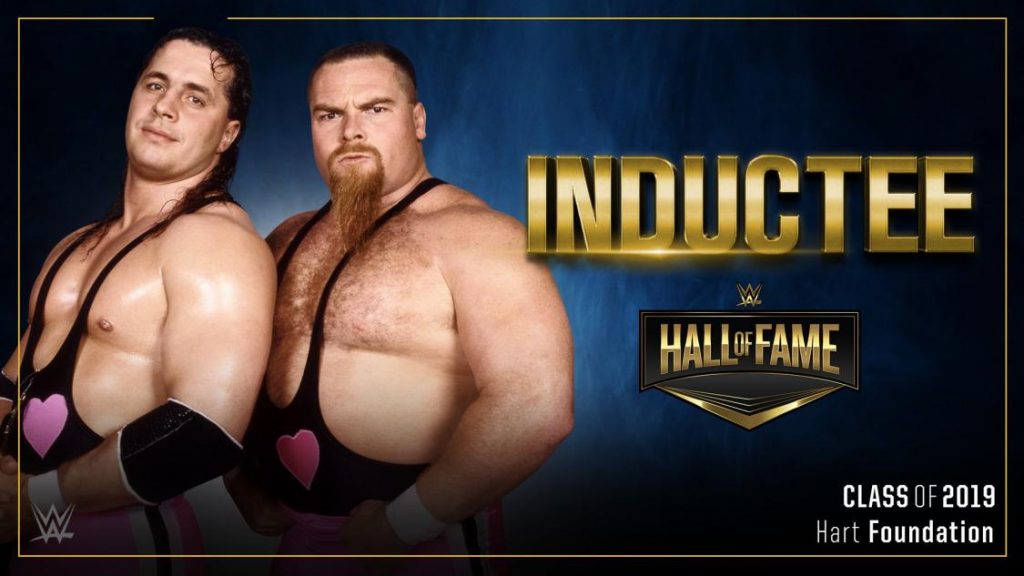 The Hart Foundation are the latest inductees announced for WWE Hall of Fame’s Class of 2019. They’ll take their place in the hallowed hall during the 2019 Induction Ceremony on Saturday, April 6, the eve of WrestleMania 35, at the Barclays Center in Brooklyn, N.Y. Tickets for the ceremony are available now. The news was first reported by Yahoo Sports. With this induction, Bret Hart will become a two-time WWE Hall of Fame Inductee, joining Ric Flair and fellow 2019 Inductees Shawn Michaels of D-Generation X and Harlem Heat’s Booker T.

Hart and Neidhart were no strangers to each other before joining forces. In fact, they’re family: “The Anvil” and “Hit Man” were brothers-in-law. That close connection made them gel almost instantly when they joined WWE’s tag team ranks in 1985, guided by “The Mouth of The South” Jimmy Hart. Hart’s technical prowess and Neidhart’s raw power made them a team to be reckoned with from the moment they debuted.

Though they had reached the top of the tag team mountain, The Hart Foundation soon became disillusioned with Jimmy Hart’s nefarious ways. When they split from their manager, Hart & Neidhart soon found themselves the target of “The Mouth of The South’s” new charges, whether it was The Fabulous Rougeau Brothers or The Honky Tonk Man & Greg Valentine. Hart even enlisted tag teams outside his stable of Superstars, like Demolition, to take out The Hart Foundation. 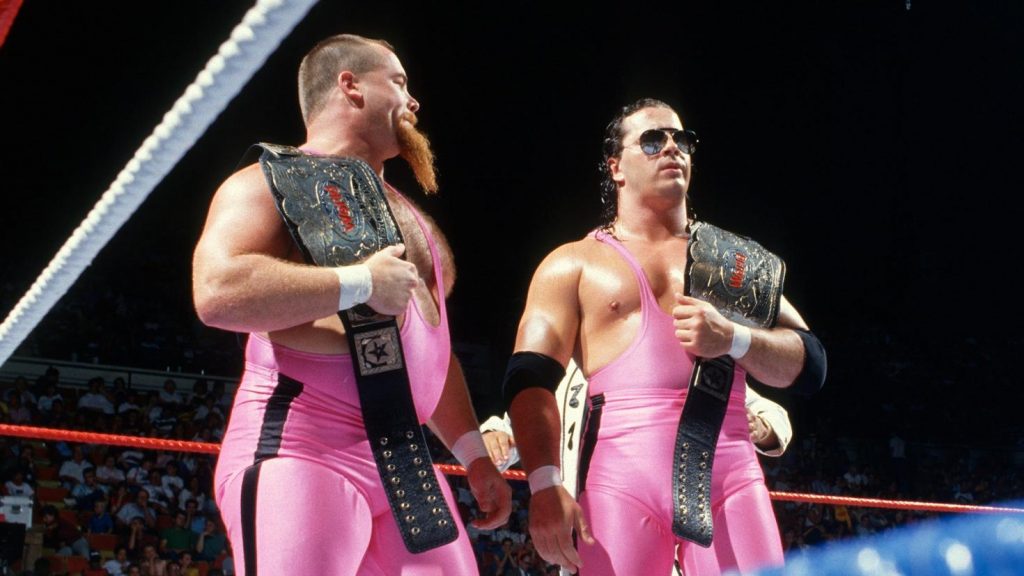 By 1990, “Hit Man” & “The Anvil” had fought off Jimmy Hart’s attempts to tear them down, and turned their attention back to WWE’s top tag team prize. After bulldozing over The Bolsheviks in seconds at WrestleMania VI, The Hart Foundation made it clear they were coming for the World Tag Team Titles. It would take a few months, but at SummerSlam 1990, Hart & Neidhart defeated Demolition in a grueling 2-out-of-3 Falls Match to claim their second World Tag Team Championship.

Though they split up by the summer of 1991, The Hart Foundation left an indelible mark on WWE’s tag team division and created many lasting memories for the WWE Universe. That’s why there’s no greater honor for this legendary tag team than induction into the WWE Hall of Fame.

Don’t miss seeing The Hart Foundation take their place in sports-entertainment history during the 2019 WWE Hall of Fame Induction Ceremony on Saturday, April 6, the eve of WrestleMania 35. Tickets for the ceremony at Barclays Center in Brooklyn, N.Y., are available now. The historic evening will also stream live on WWE Network at 7 ET/4 PT.